Qld Holiday Day 11 - Broadbeach to Dreamworld to The Gap

It was up early again this morning - well, maybe not as early as we hoped - and back to Dreamworld for our second full day. Funnily enough, we arrived at almost the same time as we did on Tuesday, even though we knew the park now opened at 9.00am.
The first thing we did was go on the same first two rides as we did on Tuesday, the water rapids and the log ride. Because of the wet weather, you were only allowed two people on the log ride, so I (unfortunately) had to miss out. Damn.

We also had the following three photos taken in Goldrush World as we walked through. 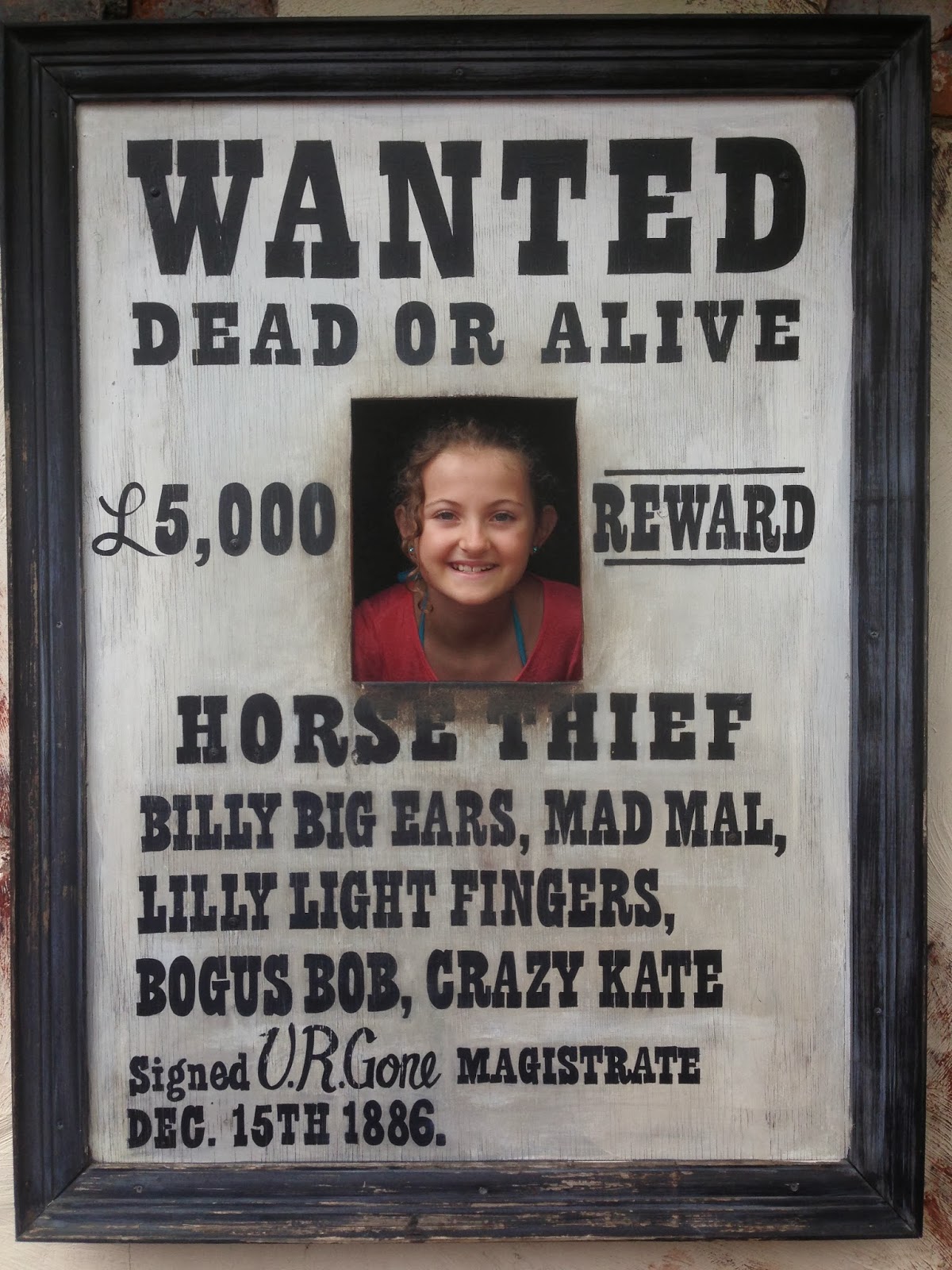 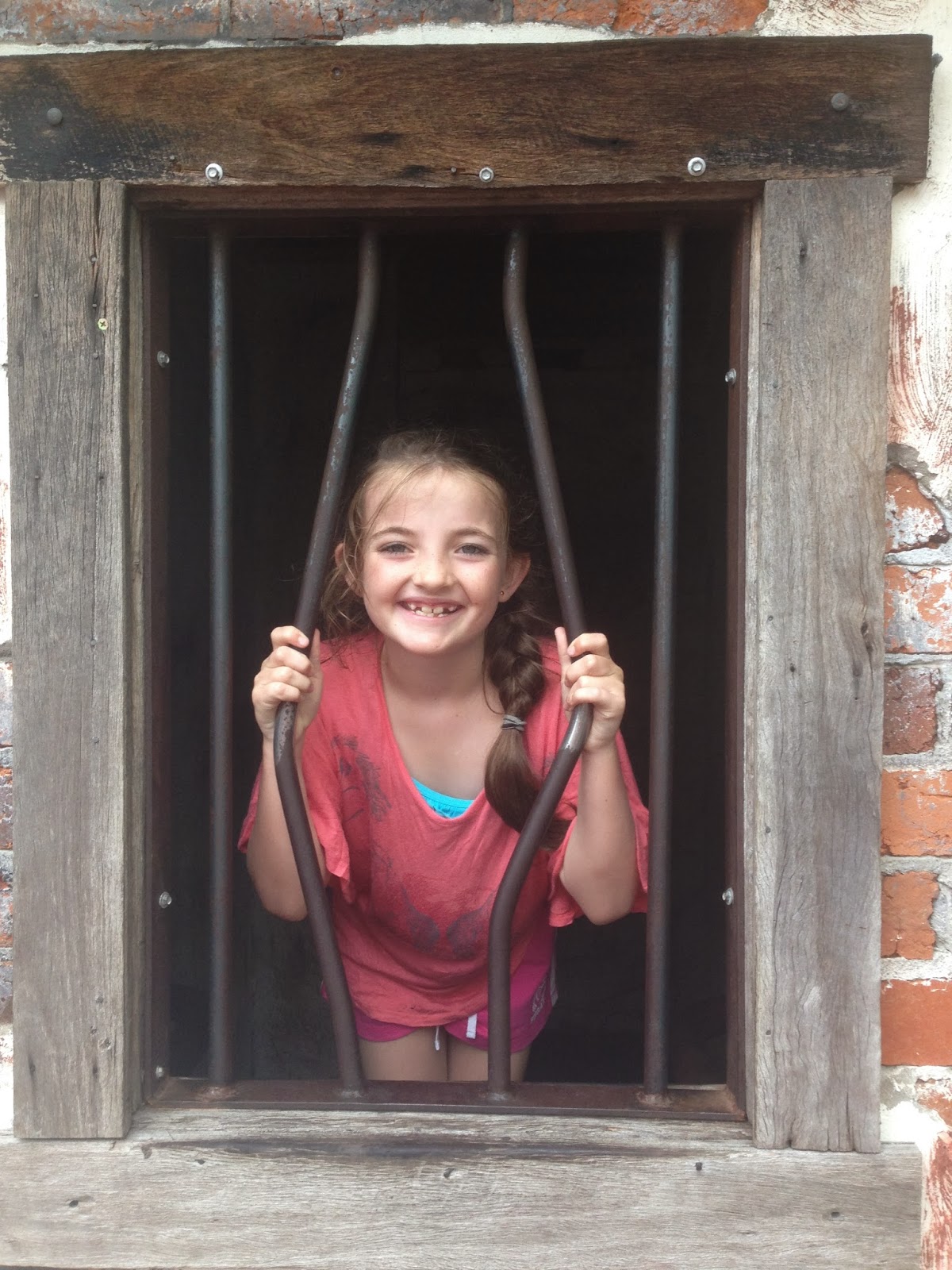 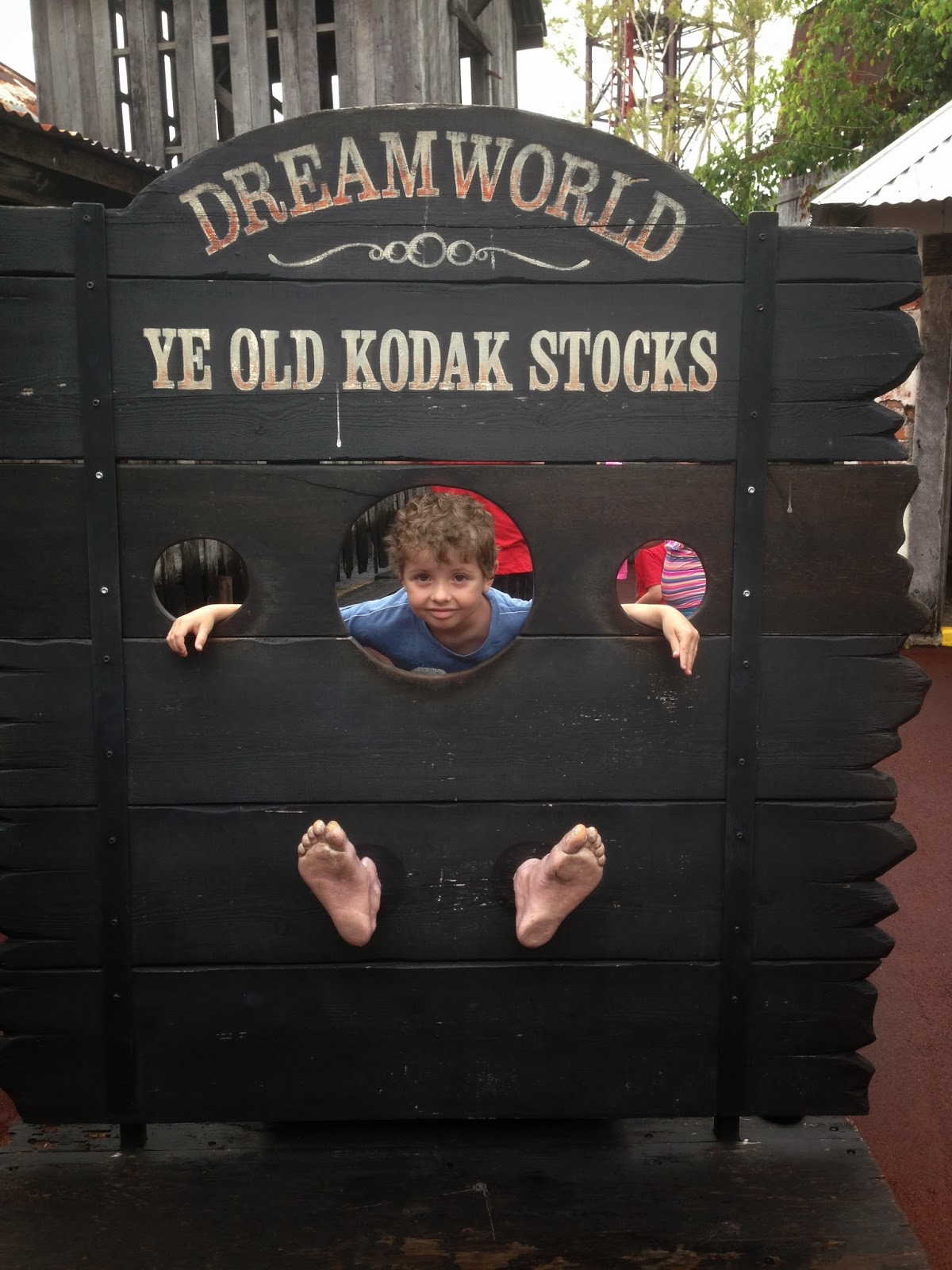 From here Helen and Jess went on the Mick Doohan Motorcycle roller coaster, before we all headed next door to the adjoining White Water World. 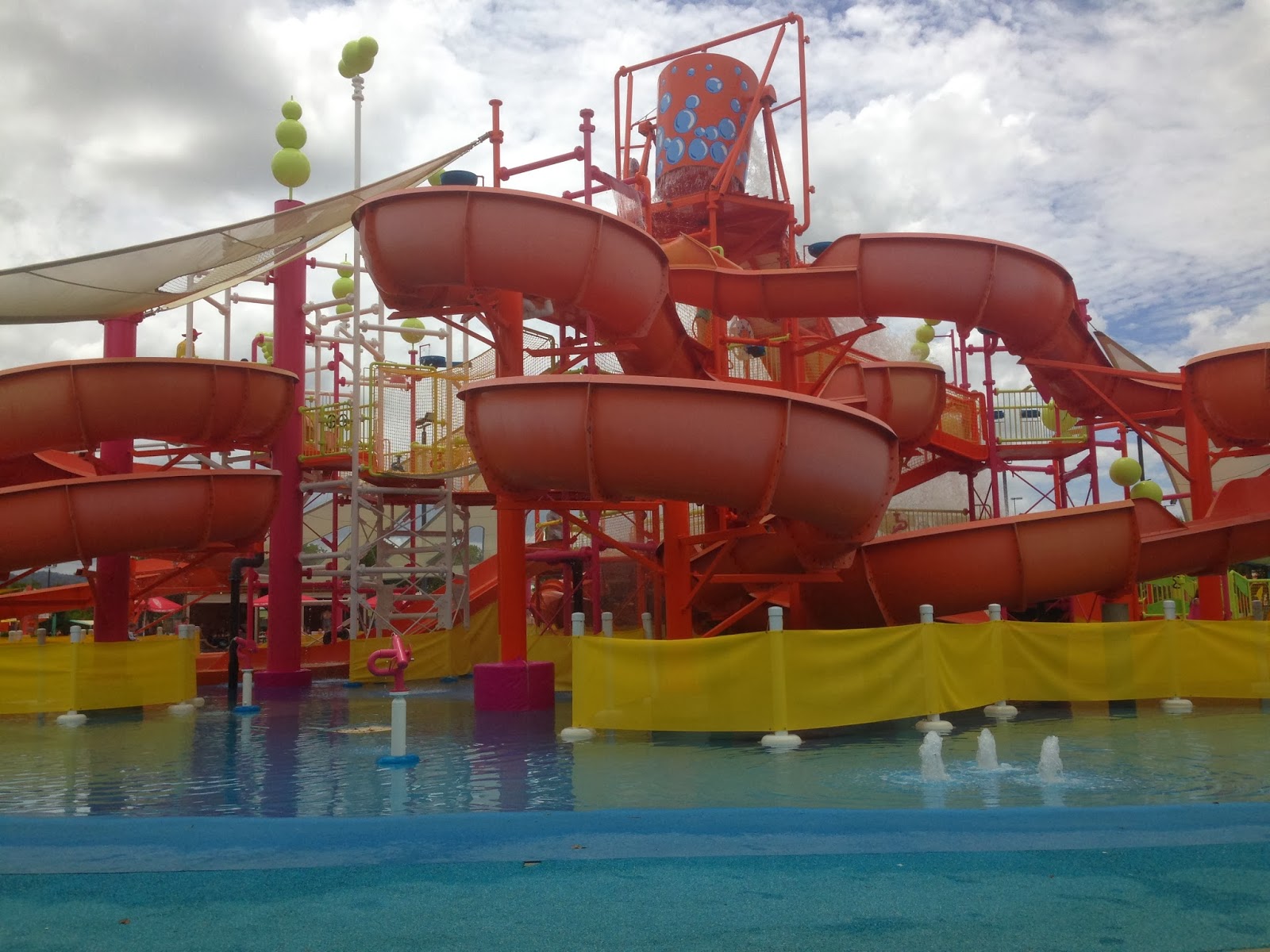 The kids had a ball. The middle section with lots of water play and water slide and the like was good. The wave pool also drew their attention. Of the Big Kids slides, I took Jess and Maddi on the Green Room, which peobably scared the crap out of me more than the other two - as I was going down backwards, and had no idea what was about to happen. Helen also took all three kids up on the bigger water slides which they all enjoyed. We had a good four hours or so in the park, and the kids were tired out completely by the time we got in the car, and headed back to The Gap.

On our arrival back in the Brisbane suburb, we found Martin's parents had arrived, and not long after also his brother Phillip and his four kids. Everyone was over for dinner, which again involved me at the hub with the BBQ tools, along with Martin's father Frank.
After a long few days, it was soon time to catch a few hours solid sleep, with the wedding just two days away. 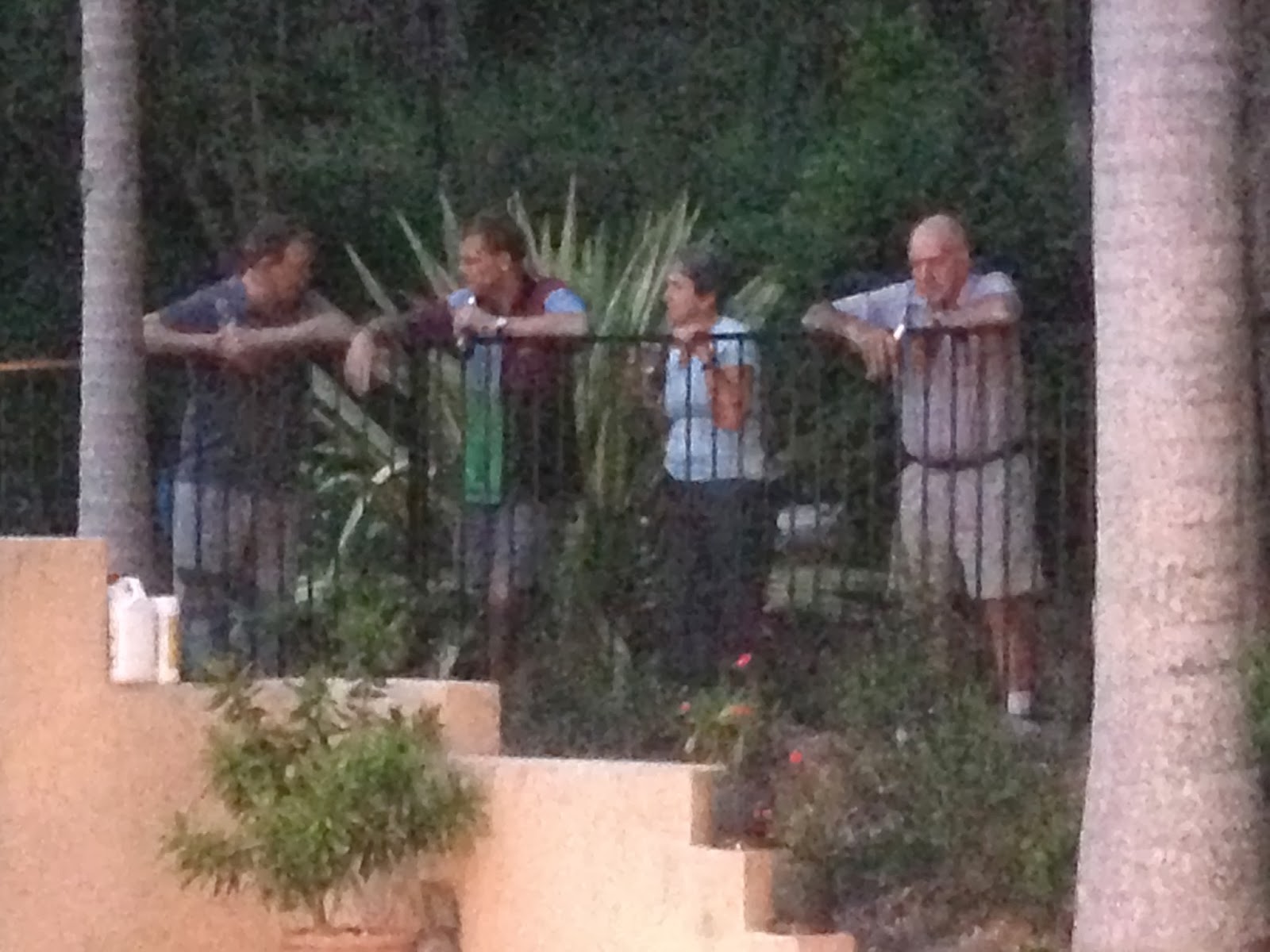 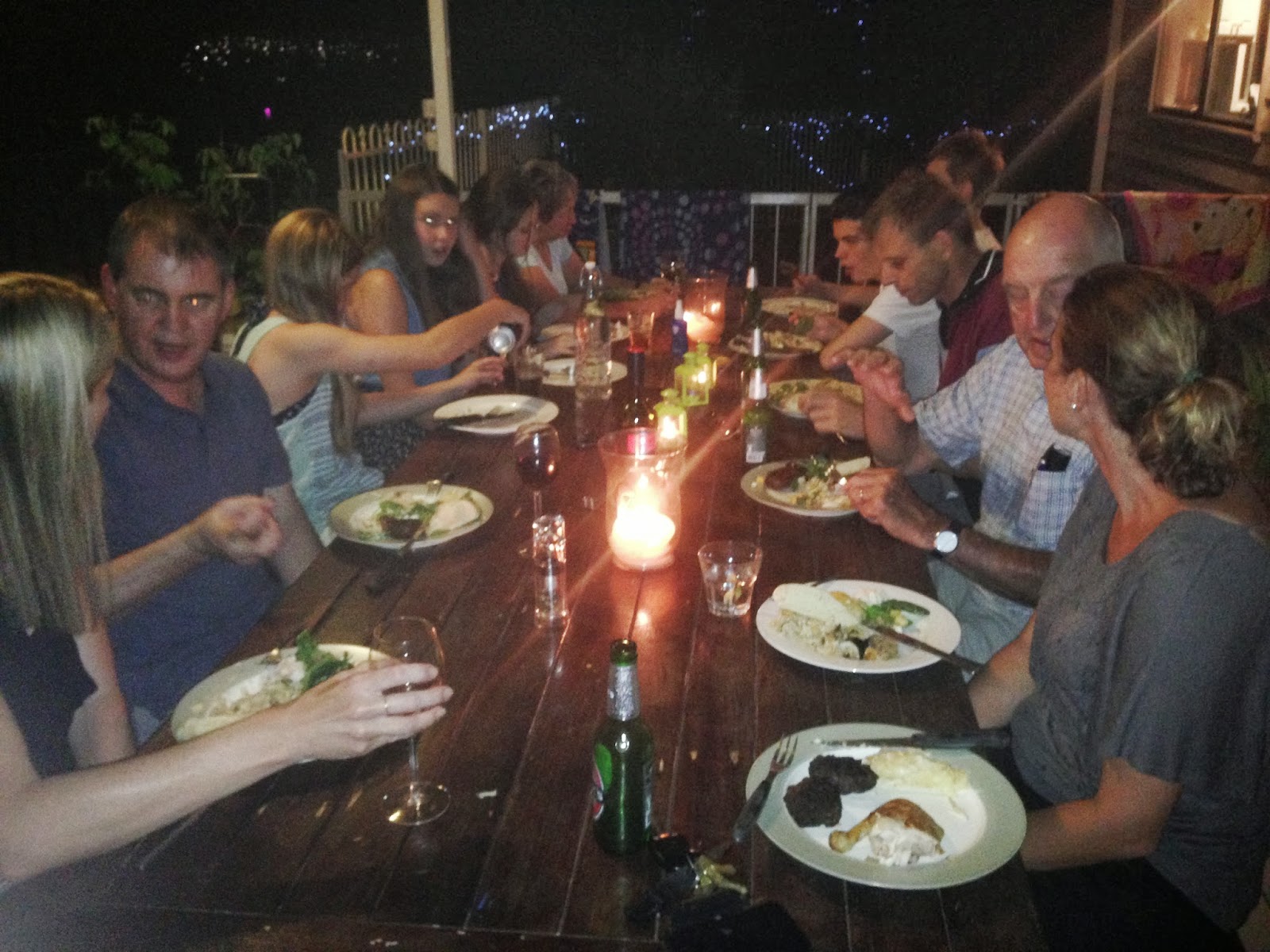