Round 3 of the 1st Peters Championship involved that well known family favourite, Trouble.
It required a little bit of tinkering with five players, but by simply giving everyone three counters instead of four, we made it work. 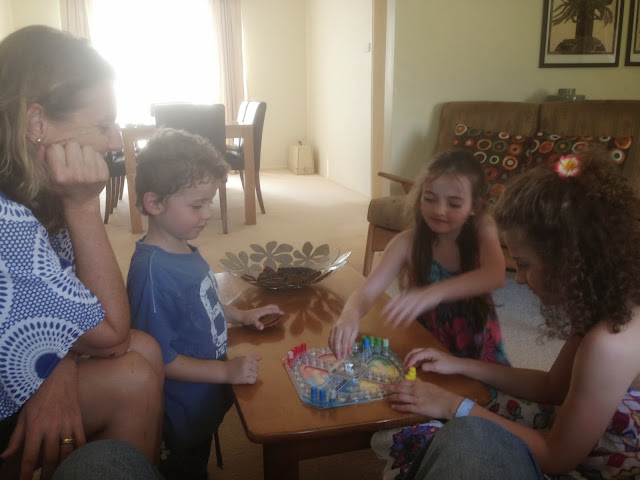 Once again, it was Helen who came out on top, adding the Trouble Championship to her Uno Championship. Other placing became superfluous as the father once again failed to perform.

Points for the Trouble Championship were awarded as such:

Points after three rounds of the Peters Championship are: