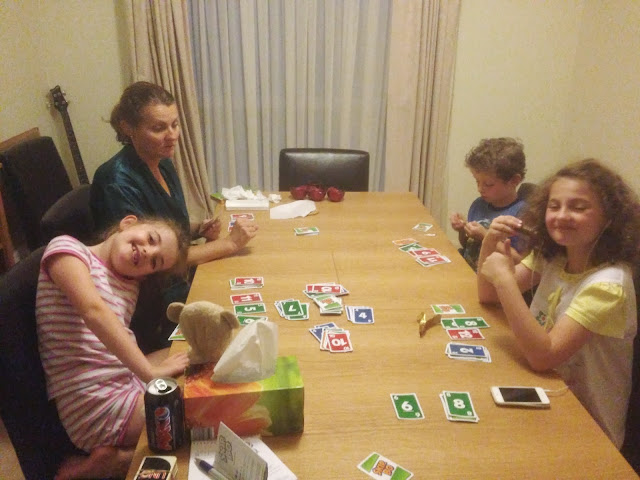 What?! You've never heard of Skip-Bo? Well, time for you to digest the facts and the rules! Skip-Bo rules can be found here.

So, with Helen having won Round One of the Peters Championship, and Bill having never played Skip-Bo before, it was set for an interesting match. Unfortunately, we began a little later than we should have (7.00pm) and so, with the game still going at 8.05pm on a school night, we had to tie the game up, and award the match to the person who had the least number of cards left in their pile. And the winner through this was Josh, who became the first official holder of Peters Skip-Bo Champion.

Points for the Skip-Bo Championship were awarded as such:

Points after two rounds of the Peters Championship are: