Nan has come down for a visit, her first down here for a couple of years. In fact Nan claims it is three years, and I am not going to question her on the accuracy of that.
She will be 99 this September, and she is an amazing woman. She can still get around pretty well, though she now has a walker that she is beginning to rely on. Her memory is like a steel trap, and she can remember just about everything. She still eats plenty, putting away a plate of salad with a couple of sausages tonight. And she has made things for all of the great-grandchildren. She's doing better than a lot of people twenty years younger than her.
John drove her down from lovely Beresfield, and he's going well too. It appears retirement is serving him well. 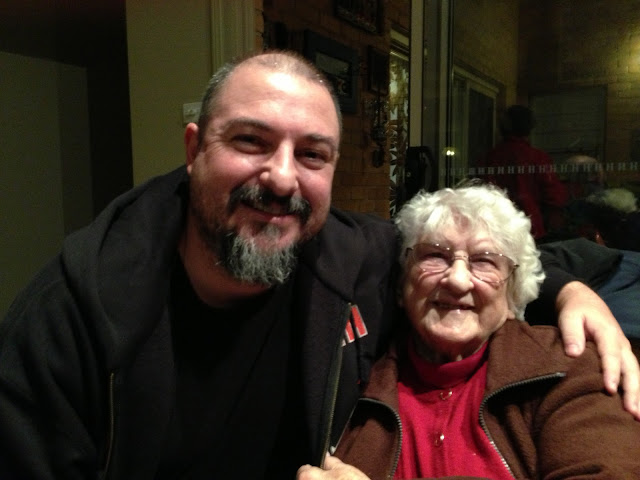 We got a photo of Nan with all twelve of her great-grandchildren from the Peters side of the family, despite the apparent lack of enthusiasm from many of the kids involved. 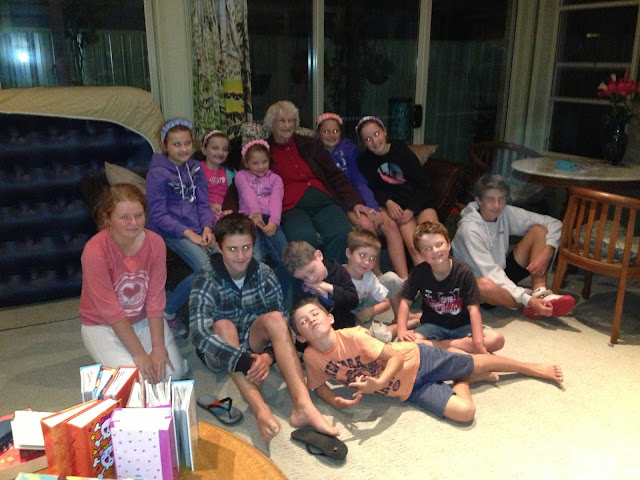 As yesterday was Dad's 71st birthday, we also had to have a cake for him. There's no rest for the wicked, as he had to BBQ dinner for everyone beforehand as well. And given that there was twenty people in attendance, and that at least one had a peanut allergy, there had to be two birthday cakes. Which Dad cut while doing his best Michael Myers or Jason Vorhees impression. 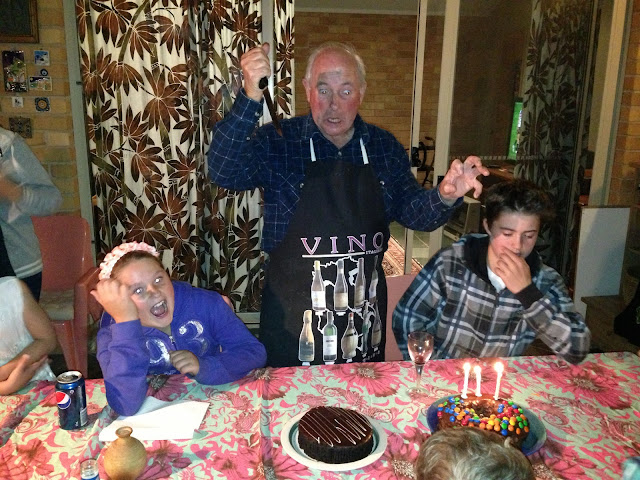