A Bit of Hockey Training

Yesterday was wet. Lots wet. It meant that we were all stuck inside for the day, which was okay for playing on the Xbox and stuff, but the kids all had cabin fever by 3.00pm and drove me crazy. 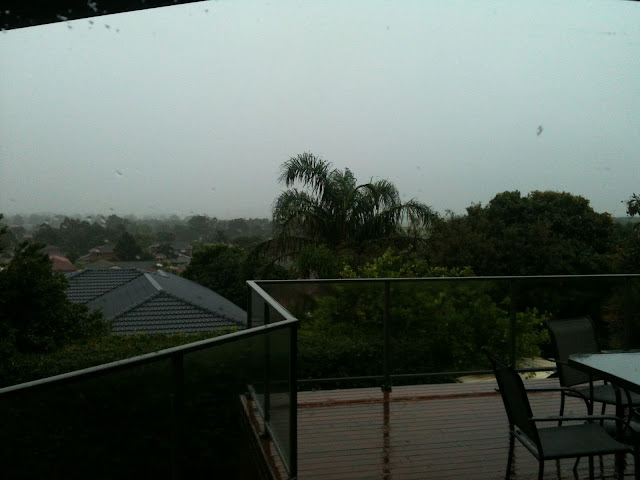 So today we had to get out of the house for some of the day. I have promised Jess for some time to take her down to the hockey fields and run around with her, so this morning that's what we did. Helen dropped the two of us off there, while she took Maddi and Josh for a boke ride on the bike track.

Jess went well. We hit the ball around for an hour, practising passing and hit ins and defence and attack, and getting the ball off each other, and shots on goal. It was good. She did very well. Seeing as I'm just an old bloke who has never played the game, I thought she did really well.