We awoke to the sun streaming in through our east facing windows - quite a treat when there is no chance of anyone actually peering in at you at the same time! 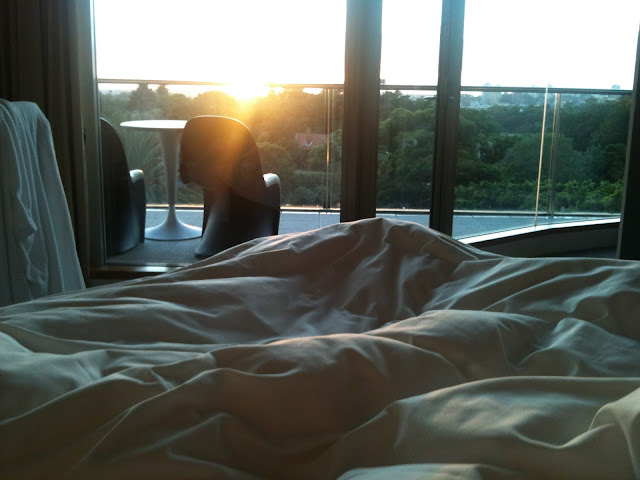 We rose and went down to City Extra for breakfast, which was right at Circular Quay. The big breakfast was what took my fancy, and along with coffee was a very enjoyable way to start the day. 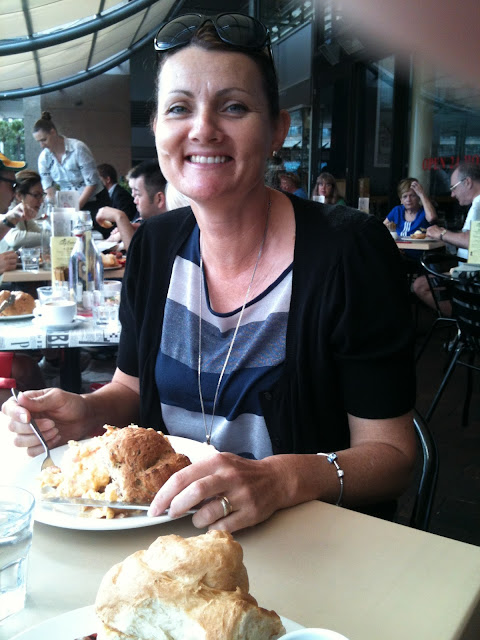 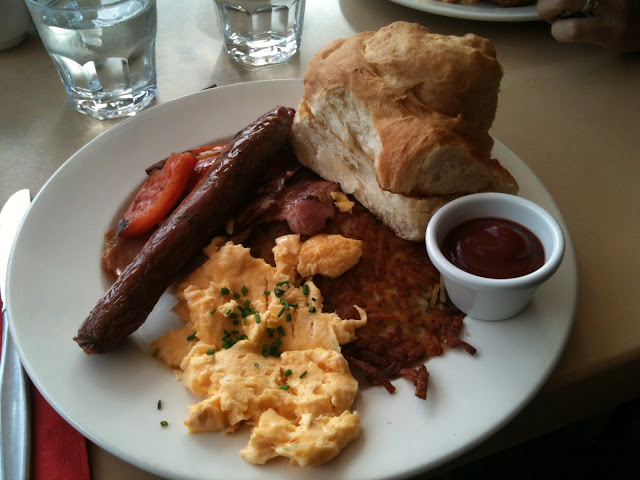 From here it was time to go shop browsing. Helen rarely gets the chance to look through clothes shops, and it has been a long time since I have been forced to do so as well, so we spent most of the morning looking through places such as Myer and other places of which I have no recollection in the search for bargains. 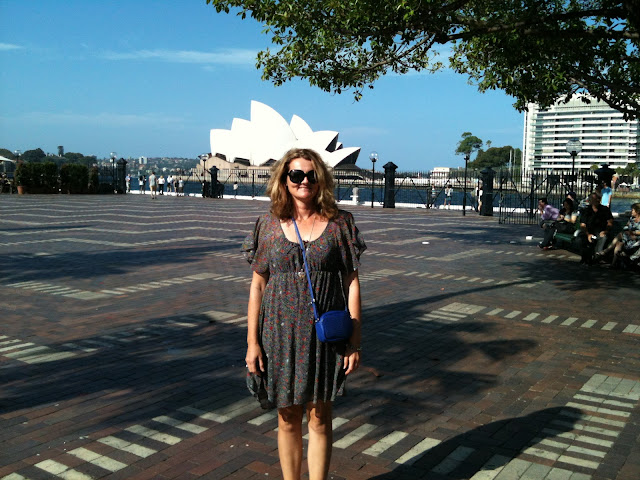 It was also St Patrick's Day today, which meant not only a lot of green and crazy people, but a parade along George Street near Town Hall, which created bottlenecks along the sidewalks. 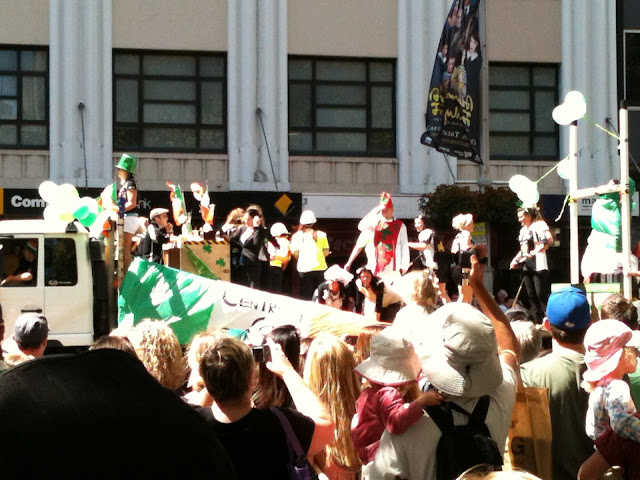 I was able to duck into Utopia to make some quick purchases too, which was good. A Gamma Ray DVD and a couple of CDs meant I was at least able to make some part of this my own.

In the afternoon we took the rivercat up to Parramatta and back, which was terrific. It was great to be able to cruise up the harbour and into the river, and see how quickly it does become just a small mangrove covered stream. Though the breeze had picked up a little, we still had a great afternoon. 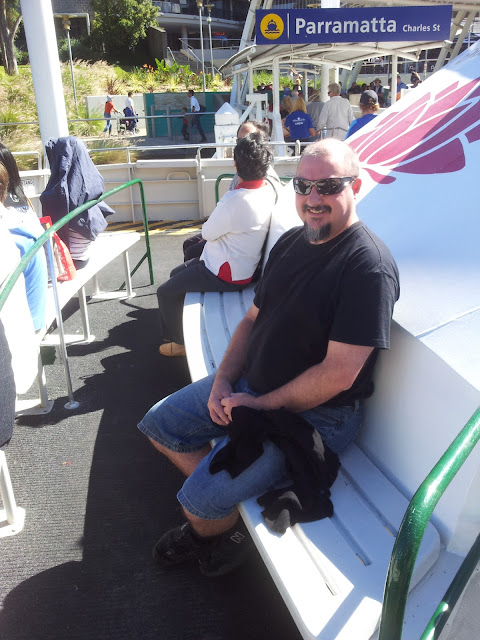 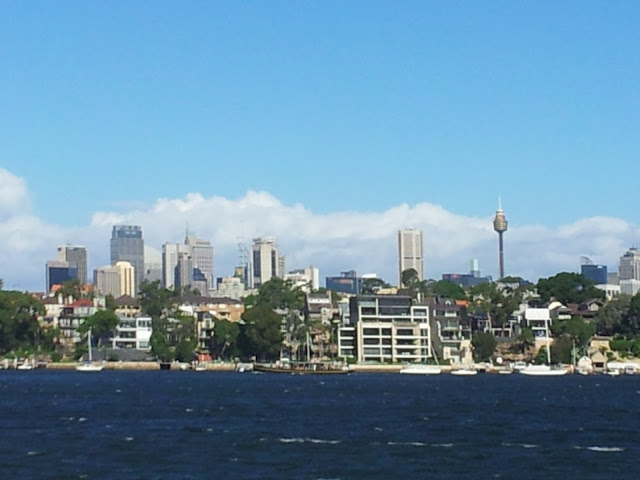 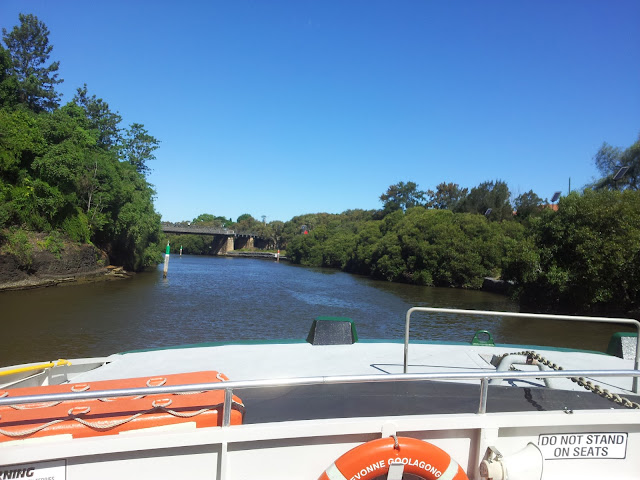 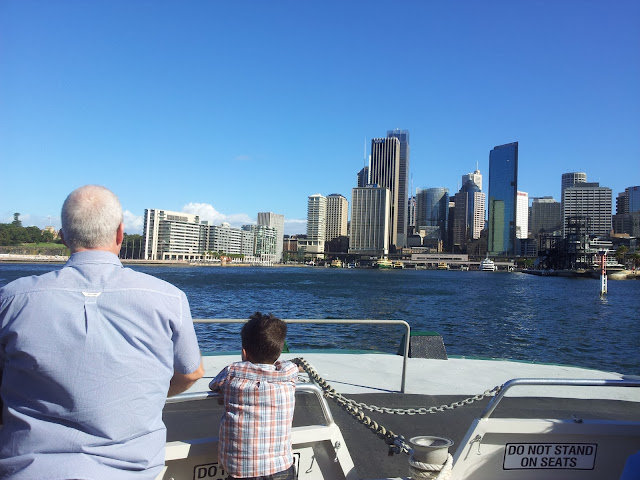 After some more champagne in the spa, and another room service dinner (yes, I got exactly the same meal as last night), we made the five minute walk to the Opera House to watch Neil Finn & Paul Kelly in concert together. And it was just fantastic. The songs they played, the way they sang them, the fact that Paul's nephew and Neil's son played in the band, was brilliant. They played for 2 hours and 40 minutes, amazingly long in this day and age. It was just a marvellous experience all round.
The following night they streamed their final gig live on YouTube, which is below. The concert starts at about the 19 or 20 minute mark. It is completely worth watching.


Putting the icing on the cake, as everyone streaked off to get taxi's or cars or trains, we strolled back to the Quay, and took the elevator to our room and our bed. Awesome.
Posted by Bill Peters at 11:55 PM