It's been a fun-filled, action packed weekend for the Peters family, one from which we appear to have escaped unscathed.

On Saturday morning Helen headed off to participate in the 'Relay For Life' at Cavalier Park (or Kiama Sporting Complex for the heathens) with Angela and Louise and all of their cronies. She had spent most of the Friday evening putting together lolly bags to sell, and two jars filled with Maltesers and other soft lollies for a guessing competition, all to raise money for the event while their team was walking around the track. That was about 8.30am, and we didn't see her again until about 5.00pm.

On the other hand, the kids and I journeyed to University for Jessica's hockey. She played well again, winning the first game 4-1, and scoring another goal in the process. It was almost the Tara Bancroft-Jessica Peters show up front, and they combined well. For her second game, their opponents only had three players, and Jessie and two others from the Albion Park team put their hand up to play for them so that they could have a game. With no reserves for either team, though, it was obvious halfway through that second game that all of the players were getting tired. Two late goals for Park got them home 2-1, despite the Peters presence. 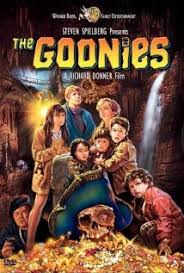 We came home for lunch and watched "The Goonies", their first time, and my first time since about 1986. It was still good.  :)

Sunday dawned bright and clear for the 6th annual Wings Over Illawarra air show. Helen (and, after a screaming match that lasted half an hour because they were taking too long to get ready, and then made them all late, the kids) headed back into Kiama for the conclusion of the 'Relay For Life', while I did the four loads of washing that needed to be done, and journeyed to the shop to get some bread and milk.

The crew arrived back just before 11.00am, all ready to watch the air show from our fabulous deck... when our neighbours decided that it was a good day to do some concrete cutting to install some pipe. After two hours of screaming noise from the concrete saw on an otherwise beautiful Sunday, I was within an inch of leaning over the balcony and telling them where they could put their saw, when they obviously got the hint without that, and quit for the day.
That distraction aside, we all had a great time.

We had chips and coffee for morning tea, then chicken on rolls for lunch. The planes were great, and the Roulettes just terrific to watch.
Mum and Dad turned up just before 2.00pm, bearing champagne and red wine, so we were forced to indulge. Once the air show was over, we moved inside to watch the footy, and Helen invited them to stay for an early dinner, which consisted of more chicken, mum's quiche and vegies.

A great weekend. They just go waaaaaaay too quickly.